Last week was a busy week for me. So busy in fact that I forgot I downloaded a fake news plugin between various meetings. As nothing immediately happened when I installed it, I swiftly forgot as I prepared our content strategy plans for 2017.

Imagine my delight, a week later, when I started to notice brand new warning banners plastered all over certain Facebook posts. Why was no one else noticing these changes? Was I part of some special Facebook preview group – was I a chosen one?

Well, no. After speaking to the editorial teams and and drafting a couple of news stories, I realised why I was the only one actually seeing this stuff. Oh dear, my confirmation bias had been well and truly popped.

Update: I certainly hope I wasn’t responsible for this fake news story, or the analysis that followed…

After my initial embarrassment, I realised why I had actually believed this was a Facebook update – this little plugin is actually quite good.

Here’s some screenshots from the B.S Detector extension below. I wonder – if Facebook doesn’t provide a solution to fake news soon, could we see increased adoption of plugins like this? All it needs is a community of like-minded individuals identifying a fake news source as soon as it emerges. Then again, I suppose, this could work the other way with less open-minded communities policing. Click ‘Alt-Right’ for the version of the web you want to see.

Notice how satirical news sites get a similar treatment with this extension, something I’m not happy about. You can see how this product solves an issue, but raises a lot more questions in doing so… 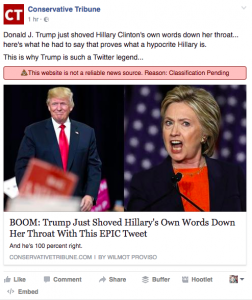 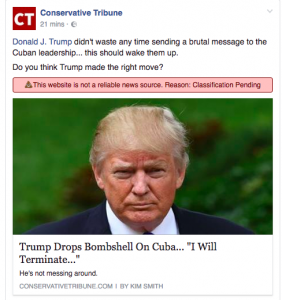 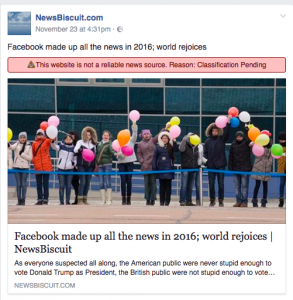 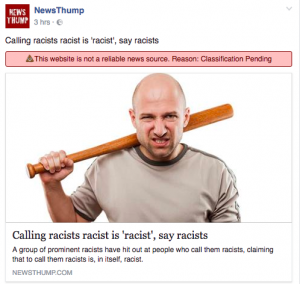 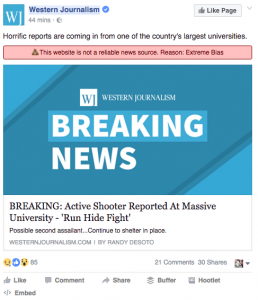 I recently attended the Westminster Media Forum in London and spoke about how we're engaging younger audiences through Capital FM, PopBuzz...