I have to admit when Melody Kramer wrote How do we design the news for people who are burned out? I sort of baulked. Do people really suffer from news burn-out? Do we really need to create tools so people receive less updates about important topics? Don’t we have a duty as editors to inform all of our audience all of the time?

But, the more I’ve thought about this, the more I think it’s an excellent idea considering the political events that have occurred over the last six months. Expect news audience ‘burn out’ to become a regular topic as we explore solutions proposed by platforms, publishers and people.

Elsewhere, there’s been some great discussions this week on the notion of objectivity in journalism. I recommend listening to this CJR podcast as they dissect the impact of the recent US elections:

This week this also happened: Objectivity is dead, and I’m okay with it.
This was followed by this which was a little ironic because this had happened previously.
Then Fusion published this:

A news outlet like Fusion, then, can never be impartial. We are proud to be the voice of theresistance, the marginalized, the underrepresented. We tell the truth, including the truth about ourselves. We will not be censored, we shall not be silenced.

UPDATE: On The Media covered the above topic on their latest podcast. This really is essential listening.

The theme of objectivity was also tacked by David Greenberg who looked at The Perils of Calling Donald Trump a Liar:

Historians debate the reasons for objectivity’s emergence in journalism. Some emphasize economic motives, the desire to reach a wider readership. Others argue that the idea of objectivity was linked to a growing awareness of subjectivity—that the difficulty journalists faced in pinning down clear-cut facts led them to adopt regular practices that could assure readers of their credibility. Still others point to a new political ethos of the Progressive Era that encouraged citizens to think for themselves and not take cues from corrupt party leaders.

The embrace of the objective news model didn’t happen all at once. But a critical moment was undoubtedly Adolph Ochs’s purchase of the New York Times in 1896, when the new publisher resolved, in his famous credo, “to give the news impartially, without fear or favor, regardless of party, sect, or interests involved.” Over the next decades, news organizations championed objectivity, and with the development of radio and TV, network news followed suit. Not only revenue but—more important—credibility, prestige and influence flowed from being seen as a reliable source to all consumers, no matter their ideology.

It wasn’t long, however, before pitfalls became evident. No master text set down the tenets of objectivity and how to adhere to it. Journalists had to find their way. Some interpreted the idea as an adherence to factuality, seeking to strip out the writer’s personal voice. For others, the key was nonpartisanship—presenting the news so as not to favor one party or the other. Others emphasized the disavowal of advocacy. Most journalists probably operated—and still operate—with all these interrelated principles at play to some degree.

NPR’s Dana Fox had some great ideas around driving maximum return from Facebook for Publishers. I thought this was a healthy reminder that we need to really understand these platforms in order to reap the rewards:

If we are putting the audience first, consider how the average person on Facebook uses the network: It’s a mix of links, statuses, photos and videos. Different stories require different treatment. Facebook itself recommends this approach (and 11 other best practices for media organizations), and when we are talking about succeeding on Facebook, guidance from the platform itself is not insignificant. It is possible to both stay true to our journalistic integrity and respect the rules of the social space.

Do we need to dump the current economic model that fuels our journalism? Probably, but can it actually be done? And what would that exactly look like? These were the questions poised by Victor Pickard this week:

America’s commercial media system might be great for business, but it’s terrible for democracy. Uncoupling journalism from commercialism requires a structural overhaul. Alternative models from the American past and from other countries demonstrate that different systems are indeed viable. But they require policy interventions that establish safeguards and incentives for responsible and informative media. Ultimately, these policies must remove profit motives from the news.

So that’s it for this week folks, apart from this amazing PopBuzz quiz of course… 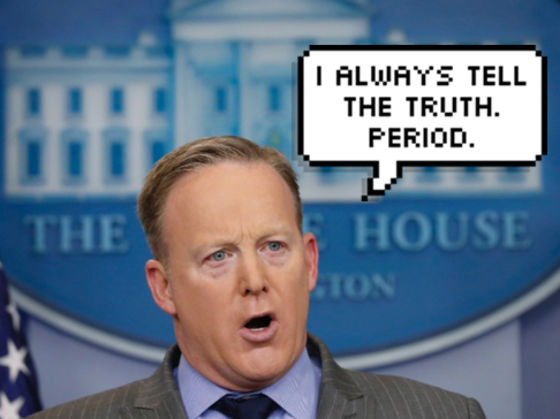 Here's my selection of top reads from the last two weeks... Buzzfeed have started to take a leading in the Fake...